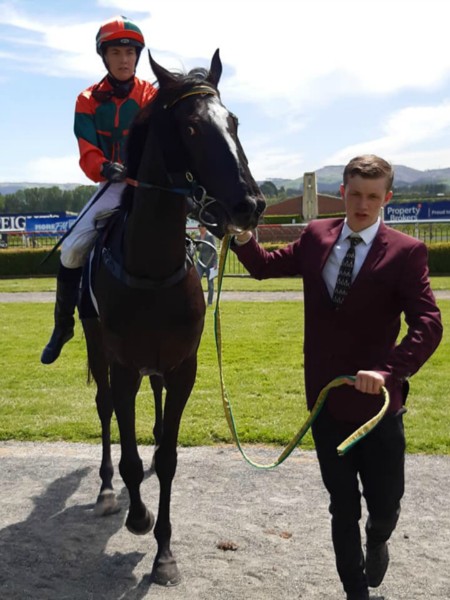 Well related mare Phyllite made the wait for her wait for a deserved maiden win worthwhile when she scored in brilliant style at Gore on Sunday.

Drawing out and being trapped wide early in her 1200m victory could not stop the four-year-old from bolting away from her rivals to score by four and a quarter lengths.

Phyllite (Gallant Guru-Enzed-Anziyan) was aided by an excellent ride from Courtney Barnes who slotted the mare into the running line before angling her to the inner on the home turn.

"It was a very good ride," Brian Anderton said.

"Courtney is riding at her best."

Phyllite's win suggested she will rack up more victories for her owners the Twizel Magic Syndicate, the Cos We Can Syndicate, Claire Anderson, Mike Jones, Peter Race, William Cockerill, Dave d'Abo and Bill Churstain.

The group race the four-year-old on lease from her breeder, Kathryn Abernethy.

"It was a good win, she had been going well, but she went a bit hard in front at Invercargill last weekend," Anderton said.

Enzed also left another full brother to Phyllite in Valiant (Gallant Guru-Enzed-Anziyan), an eight race winner and listed placegetter, who won $128,470 in stakes.

Enzed is also the dam of Riding High (Raise The Flag-Enzed-Anziyan) who has won two flat races and two of just three jumps starts in Australia.

A six race winner in total, Riding High has earned more than $100,000 with his wins in New Zealand and Australia.

Kathryn Abernethy took over breeding from Enzed before Phyllite was born.

She has both a three-year-old filly and a yearling colt from the mare, who are yet to hit the track.

Sunday's Tapanui Racing Club meeting was one of excellent performances and just misses for Gallant Guru.

The White Robe Lodge sire had four second placegetters on the 8-race card.

Gallant Boy (Gallant Guru-Mega Babe-Personal Escort) was brave when carrying 59kgs when running second in a controversial finish to the Tapanui Cup.

The winner Midnight Runner pushed the 10yr-old out in to the middle of the straight when rolling off the fence.

Stewards did not deem the interference harsh enough to change the race result.

Gallant Boy will progress on to the Timaru Cup next.

Uphold (Gallant Guru-Sustain-Danzighill) showed he was ready to win a maiden at quick notice when going down by just half a length over 1355m for the Brian and Shane Anderton stable in race 3.

Perceive (Ghibellines-Apparent-Gallant Guru) followed his stablemate Uphold across the line with a good effort to run third.