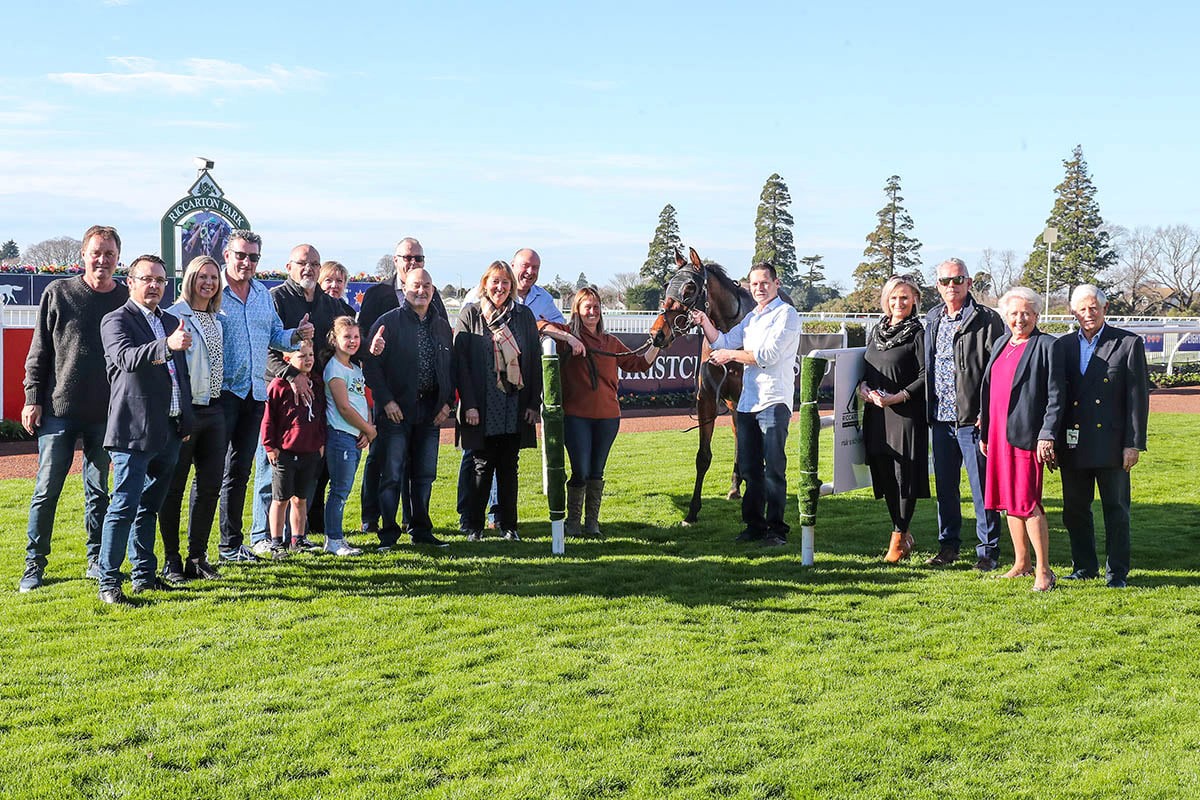 Without having had a trial, the two-year-old strode away from his rivals in a brilliant effort in his first racetrack appearance for trainer Sally McKay.

When Mudhoo asked the gelding for an effort on the home turn Palmetto exploded away from his opposition and went on to score by more than three lengths.

The galloper looks to have a big future going by his impressive performance, as does another Ghibellines galloper in Smokin Romans (Ghibellines- Inferno-Yamanin Vital).

The White Robe Lodge bred and sold four-year-old, capped a consistent run of form when winning over 2100m at Sandown.

Smokin Romans has compiled an excellent record since he was sold at Karaka in 2018.

The progressive stayer has won four races (from 1500m-2100m) and placed another four times in just 13 starts for trainers Cairon Maher and David Eustace.

The four-year-old made it win two from just start five when winning over 1200m at Ashburton.

Raise The Flag has also been racking up plenty of wins with the White Robe Lodge trained Raise Ya Cards (Raise The Flag-Ya Ya-Yamanin Vital) among them.

Corey Campbell picked up another win as a senior rider just days after the completion of his apprenticeship when guiding the five-year-old to a well-deserved victory over 1600m.

The victory was a family affair with Raise Your Cards bred by Shane and Sharon Anderton, who race the mare with their daughter, Emma Anderton.

Raise Ya Cards headed a Raise The Flag quinella when scoring by a length and a half over Trekolure (Raise The Flag-Volonte-My Halo).

Corey Campbell completed his apprenticeship with Shane Anderton last month and wasted no time before saluting as a senior rider at Oamaru.

On the same day, Raise The Flag produced another quinella when the Brian and Shane Anderton trained Heberite scored his fourth career win under Jacob Lowry.

The Shaun and Emma Clotworthy trained nine-year-old showed he is in for a huge jumping season as the victory came in his first jumping start of the year.

The White Robe Lodge trained Blue Eyed Susie has helped the training arm of the stud farm match the form of it's resident sires.

The five-year-old scored impressively over 1400m at Wingatui before running third at Riccarton over the same trip.