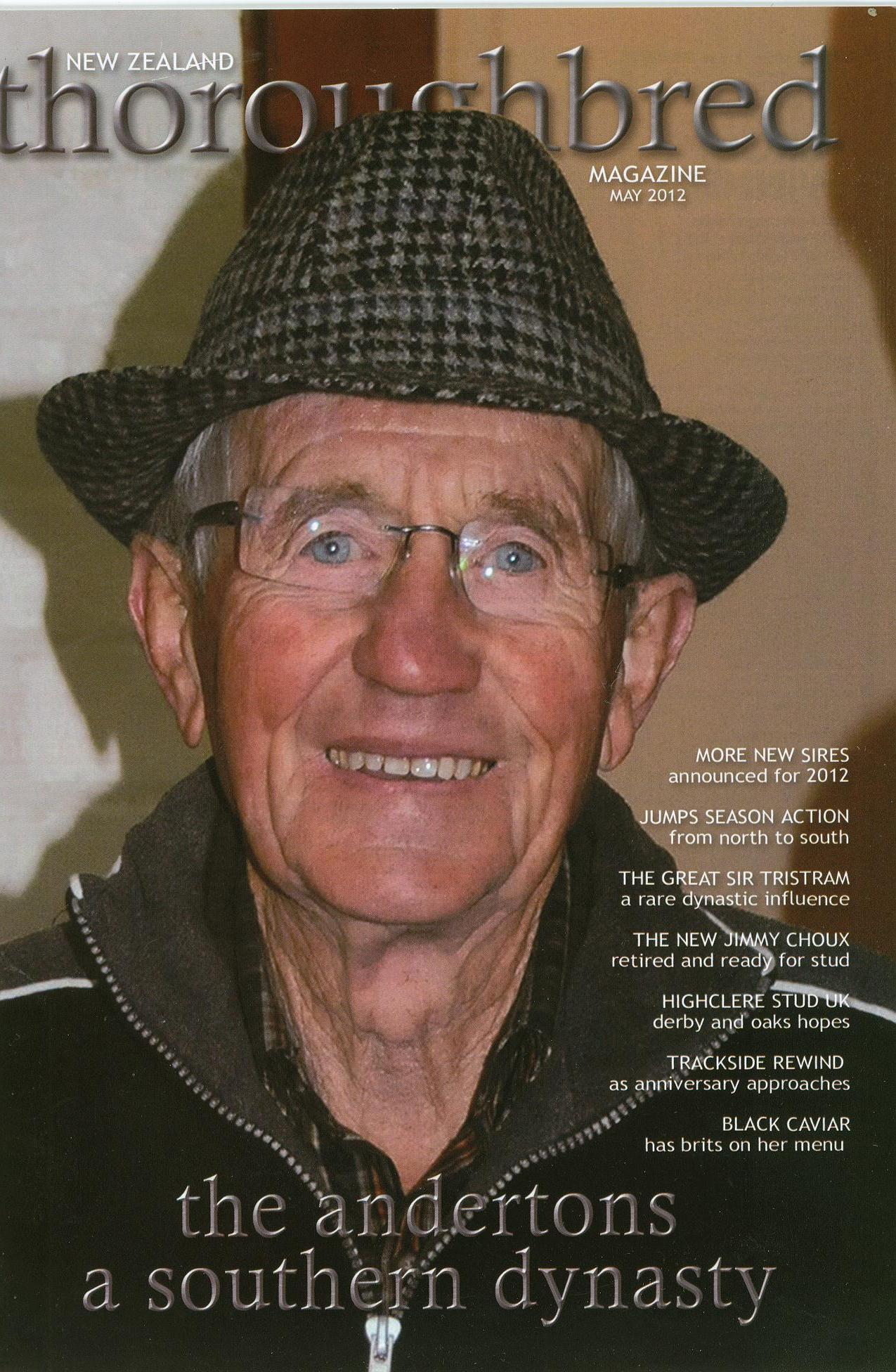 Jovial Jay added a harness racing victory at Young Quinn Raceway yesterday to the winning run White Robe Lodge principal Brian Anderton’s stock have been on all over Australasia.

By Sweet Lou from the pair’s outstanding mare New Year’s Jay, Jovial Jay is the sixth and latest generation of harness racers, tracing back to Anderton and Kennedy’s first foray into standardbred breeding.

“It has been a great old breed to us,” Anderton said.

“The biggest thrill for me (yesterday) was hearing my great old mate Mouse Kennedy’s name read out alongside mine.”

“Mouse’s father arranged for use to borrow a mare called Blue Jay and that’s how we got started.”

“We have bred a lot of good ones and a few slow ones, but that is the way it goes.”

Anderton and Kennedy’s first foal, Jayship, didn’t start their standardbred venture on a winning note, until she got to the breeding barn.

“Barry Nyhan trained her and we went up to Timaru to watch her and he thought she would just win.”

“But she faded in the straight and a couple of days later he rang me and said she had gone in the wind.”

“She had the ability there, she had a heap of speed.”

Among the many winners from the breed, Jovial Jay has one point of difference.

Winning as an early three-year-old makes him the most early running of Anderton and Kennedy’s horses.

“This is the earliest any of them have been going,” Anderton said.

“He showed a bit of ticker to win, it has a tough old breed but they have shown a bit of speed, too.”

“His mother New Year’s Jay had tendon trouble early in her career, it wasn’t until she was seven that we could get any racing into her.”

Jovial Jay is trained by Graeme Anderson and Mike Love and driven to victory in race 5 by Matthew Williamson.

Anderton will offer a half-brother to Jovial Jay, by Art Major, at next month’s National Yearling Sales in Christchurch.

“We have tried to upgrade the breed over the years and go to the modern sires.”

“He is a lovely colt, hopefully we can sell him, but if we don’t we will race him ourselves.”

Anderton has New Years Jay and her Bettor’s Delight half-sister Delightful Jay both in foal to Champion Sire Art Major.

Just four days prior to Jovial Jay’s win, Anderton trained three winners at the nearby Gore Guineas meeting, all born and bred at his White Robe Lodge stud.