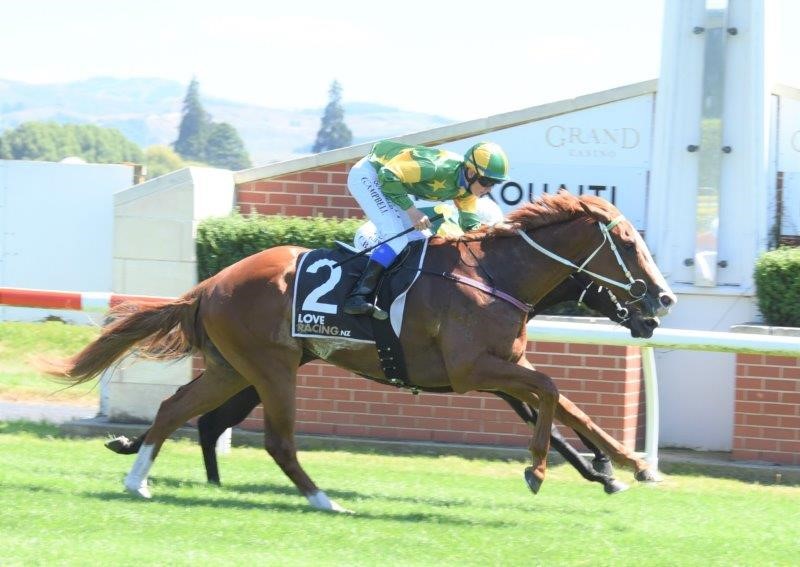 White Robe Lodge will take a patient approach with their smart recent winners Mayor Of Norwood and Ru Bradar.

Mayor Of Norwood (Ghibellines-Gallant Babe-Gallant Guru) continued the brilliant association between the Anderton family and the family of the late Pat Smith when he ran to a smart victory over 1600m at Ascot Park.

Also adding to the great run of success from the stock of Gallant Guru mares, Ru Bradar (Darci Brahma-Gallant Ruby-Gallant Guru) was a winner over 1200m also at Invercargill.

Mayor Of Norwood will head to the paddock after going one better than his good last start second placing to win at Ascot Park.

A patient approach has worked wonders with his close relations Patrick Erin and Gallant Boy and it will again be a applied to the three-year-old.

“He is going for a spell now, there is not a lot more around for him coming into winter,” Brian Anderton said.

“He is up and running quite early for that breed, so a bit more time won’t hurt him.”

“He is a nice horse, he can go out now and get ready to come back in the spring.”

Ru Bradar ran a good second on debut at Gore before going one better on his home track at Wingatui.

Like Mayor Of Norwood, the three-year-old will enjoy some time in the paddock with the hope he returns bigger and better in the spring.

“He is a nice horse, but as a yearling and a two-year-old he was just a wee thing.”

“We had him up and going earlier on and he won at the jumpouts before he went shin-sore.”

“Time has been good for him, he will go to the paddock now too and it should do him the world of good.”

“He can come back and get ready for the spring, too.”

Ruby’s Lad (Ghibellines-Ruby’s Rose-Gallant Guru) is another of the good winners from the White Robe Lodge team to have headed to the paddock.

The three-year-old did an outstanding job in his first racing campaign, winning three of his first four starts before running second in the Listed Gore Guineas.

Ruby’s Lad then copped terribly bad luck when foot abscesses burst out of both of his hooves at the same time.

Those issues put an end to what was a brilliant introduction to racing.

The three-year-old will be aimed at spring racing.

There are plenty more of Ghibellines’ stock on the track to keep the stallion’s brilliant recent form going.

The sire is coming off an exceptional month having produced 8 individual winners in March.

That list of success is headed by Ghibellines’ Listed winning son El Gladiador (Ghibellines-Querella-Haffiz) who won the Seaton Memorial Hororata Gold Cup over 1800m at Riccarton.

1 of 14: Mayor Of Norwood (Ghibellines-Gallant Babe)