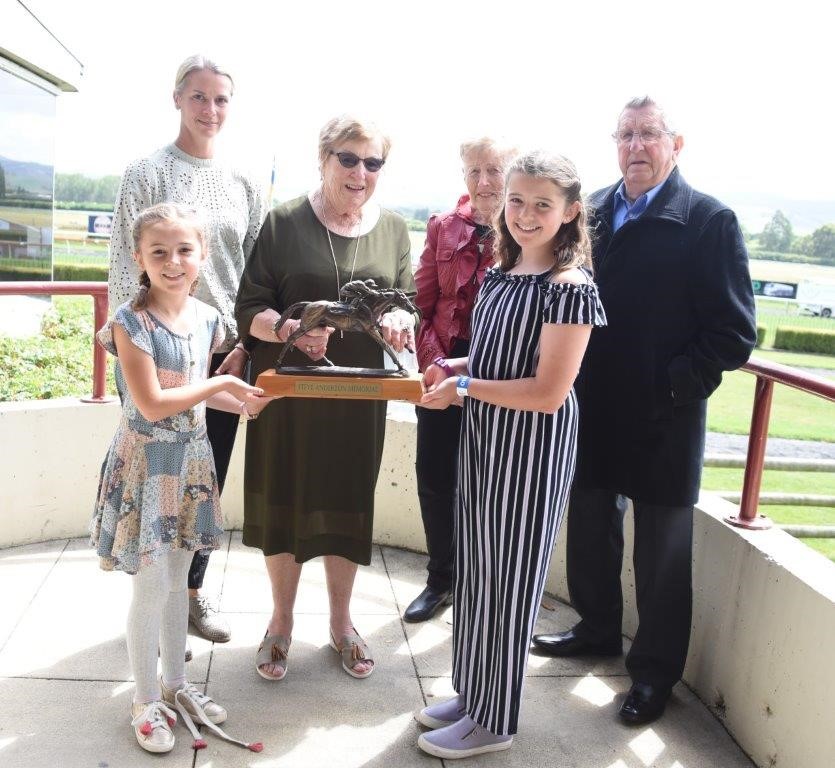 In moments that have transcended racing, Brian Anderton and the White Robe Lodge team enjoyed touching moments honouring the late Steven Anderton with two special wins over the past month.

Firstly on Champion’s Day at Wingatui, the Brian and Shane Anderton trained All Ashore ran to victory in the Steven Anderton Memorial in the colours of the late horseman’s aunty Lorraine Anderton who owns the mare.

Nevets – Steven spelled backwards in honour of Steven’s memory– then produced another special moment when she ran to victory at Gore on Friday.

Nevets is raced by Brian and Lorraine Anderton along with Hec Anderton and long-time friend and client of White Robe Lodge, Eric Parr.

Though he has won hundreds of races and countless features during his long career, Nevets’ victory stood out as something very special for Brian Anderton.

“It was something very special.”

“To be able to honour Steven and for Lorraine and I to race the horse with Hec, it was a great thrill.”

“To top things off the horse was wearing our mother’s colours, the colours Princess Mellay raced in.”

“It was a great feeling among the family, we thought it was marvellous.”

Rider Terry Moseley worked Nevets into a lovely run in the trail before presenting her for her winning run on the home turn and she didn’t let the Andertons down.

Taking out the race was a thrill for Brian Anderton who has been able to display Steven’s trophy with pride on the mantlepiece at home.

“It has all fitted in, winning Steven’s race and then for Nevets to win not too long after.”

“I was just looking at Steven’s trophy in the front room last night.”

“My great granddaughters were here and I was explaining things to them and what it means to us.”

“We have always been a family, we have kept that way, to think we are able to keep those two wins in the family is something very special and a real highlight for us.”

After getting back in the field for rider Corey Campbell, All Ashore worked into the race on the home bend before she powered home for her memorial victory.