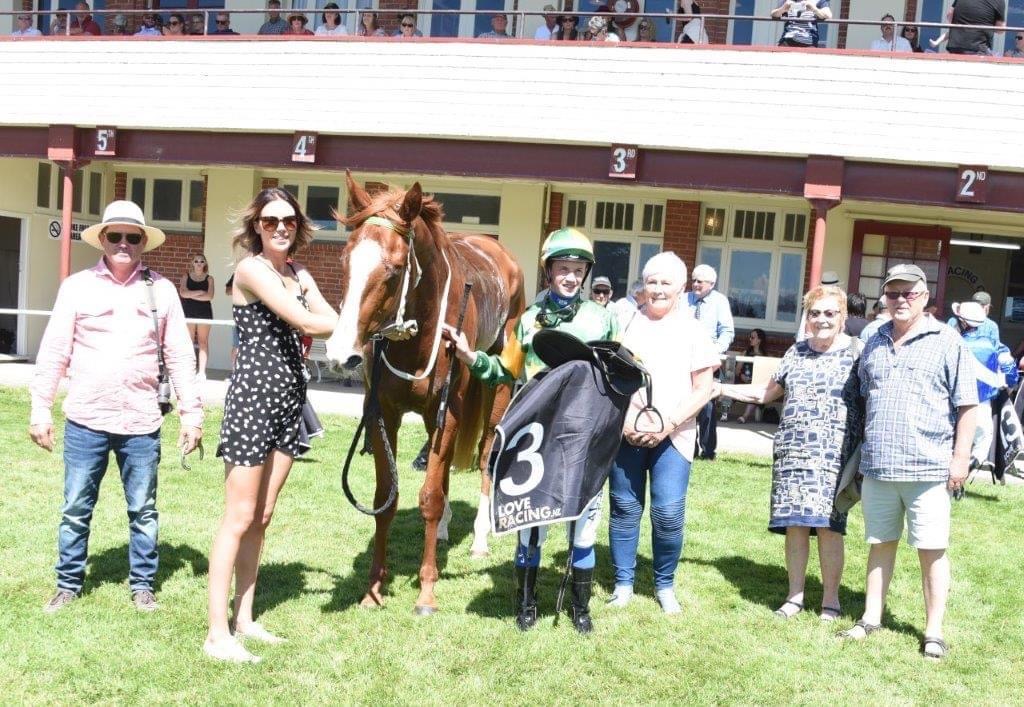 White Robe Lodge enjoyed what was just about a perfect day out at last week’s Gore Guineas meeting.

Trainers Brian and Shane Anderton notched a winning treble, all with the stock of resident sire Ghibellines who has been running hot right through the summer and spring.

A White Robe Lodge winning treble was then sealed in style when Direct Flight held out her stablemate Larippa.

Among that tremendous day out, Ruby’s Lad ran a terrific race going down narrowly in a gutsy second in the Gore Guineas to add more black-type to Ghibellines’ outstanding record.

Verdigris (Ghibellines-Swelter-Yamanin Vital) became the third winner for her dam Swelter with her well-deserved victory over 2000m for rider Corey Campbell.

Swelter Magic powered away from her opposition to score by three lengths in a $130k staying event over 2500m.

The victory was four-year-old’s fifth in Australia in just sixteen starts.

Verdigris went into Saturday’s race on the back of a very unlucky effort in her last start at Wingatui.

With clear running this time, the four-year-old was able to show her true worth in her first attempt over 2000m.

Giveherago (Ghibellines-Breathe Easy-Pentire) was also able to show her ability in her win over 1200m on Saturday.

The five-year-old was forced to race wide from a tough barrier in her last outing at Riverton.

Corey Campbell Giveherago had a perfect run in the trail at Gore and she duly delivered to notch her second career win.

The win was a boost for leading Australian trainer Cairon Maher.

Maher is the owner of Giverherago’s dam, Breathe Easy.

Stationed at White Robe Lodge where he has sourced class performers like Ablaze, Maher has bred Breathe Easy to Raise The Flag in the past two breeding seasons.

Direct Flight (Ghibellines-Preferred Flight-Raise The Flag) was another White Robe Lodge runner to have been unlucky in her last outing before heading to Gore.

The five-year-old went to the line with more to offer in her last outing at Wingatui.

Direct Flight and Courtney Barnes wasted no time putting that behind them when powering to victory over 1800m at Gore.

The win took the ultra-consistent mare’s record to three wins and six placings, alongside a further five fourths, for owners Karen and Wayne Stewart and Renee and Nick Roulston.

Larippa was a neck away from Direct Flight at the line, showing the rating 74 grade won’t hold her for too much longer.

Ruby’s Lad (Ghibellines-Ruby’s Rose-Gallant Guru) went down fighting in a running of the Gore Guineas marred by tragedy.

White Robe Lodge wishes to extend their sympathies to all of the connections of the Michael and Mathew Pitman trained winner, Mackenzie Lad.

After his game second placing, Ruby’s Lad will progress to the Dunedin Guineas on Champions Day at Wingatui.