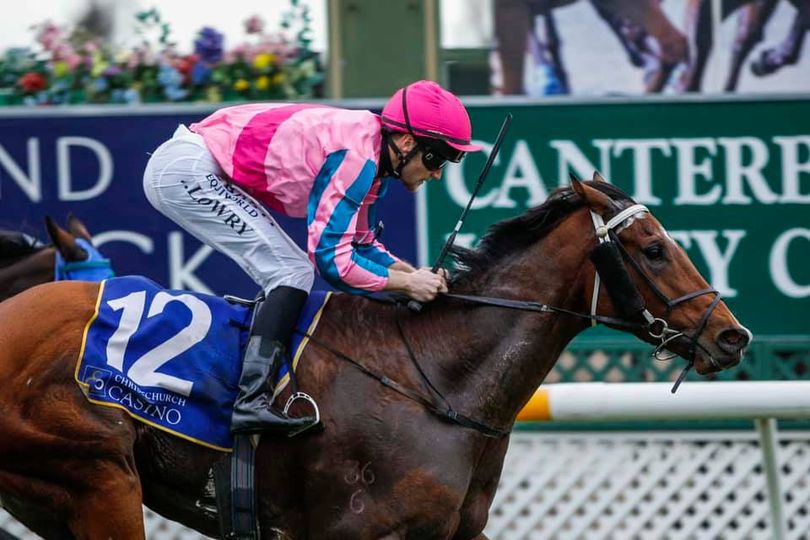 White Robe Lodge has enjoyed plenty of success on Melbourne Cup Day at Wingatui and it continued when Brian and Shane Anderton produced two quinellas at this year’s meeting.

Firstly, Prowler returned to racing in emphatic style when holding out her stablemate Capo Dell Impero to win race 2.

Then, Direct Flight also produced a big fresh up win in race 8, with Ruby’s Lad following her across the line in second.

Second placings from Slammer and Exchange added to a big day out on Tuesday on one of the biggest days of racing on the White Robe Lodge team’s home track.

Just a nose separated Prowler (Gallant Guru-Lurk-Seasoned Star) and rider Jacob Lowry and Capo Dell Impero (Ghibellines-Gallant Babe-Gallant Guru) and Jason Laking at the finish of the end of their 1400m contest.

Prowler followed her stablemate before the home turn and slingshotted off his back to nail him on the line.

The victory rewarded owners The Diamond Syndicate after the five-year-old produced consistent performances in her nine starts prior to going for a break and returning on Melbourne Cup Day.

“She really should have won a race before today,” Brian Anderton said.

“She had had a few things go against her, so it was good to see her get a win.”

“She has already raced past 2000m, so she will get a bit further than 1400m and she should be in for a good campaign.”

Campo Dell Impero was excellent in second and is sure to win a maiden at short notice going by his performance.

The four-year-old is the first foal to the races out of Gallant Babe, a full sister to White Robe Lodge star Patrick Erin.

Direct Flight (Ghibellines-Preferred Flight-Raise The Flag) scored in much the same circumstances as Prowler, exploding late over a distance shorter than her maximum range for rider Courtney Barnes.

After getting well back, the five-year-old old unwound powerfully to win and show how well she had come up in her new campaign.

“She is a nice mare and she’s from a good family,” Brian Anderton said.

“It was a good run, he has got a bit of ability, I think he will do a good job,” Brian Anderton said.