Maher sends mare to Raise The Flag to Giveherago 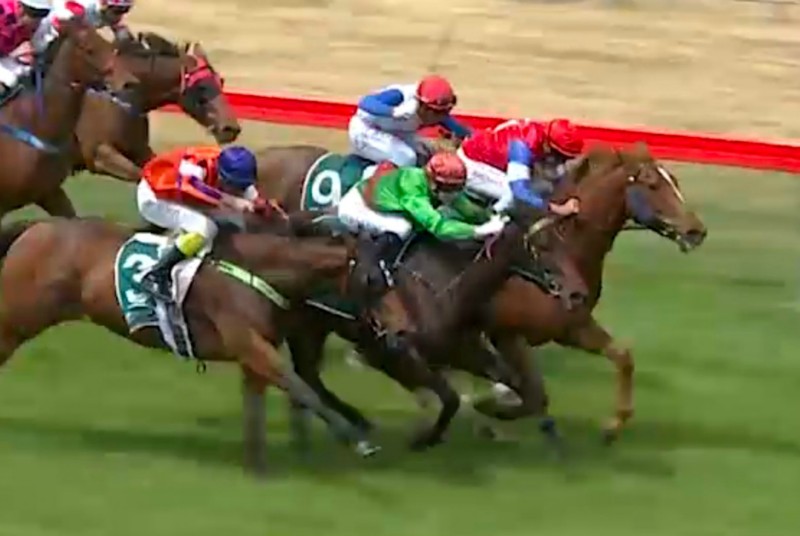 The four-year-old impressed in her 1220m victory when showing toughness to run down the leaders after copping some buffering on the home turn.

Giveherago (Ghibellines-Breathe Easy-Pentire) jumped well and found the lead early then looked to be cruising for rider Courtney Barnes.

A sharp move from runner-up Hombre resulted in a shuffling of runners which left Giveherago checked and having to regain her momentum to mount her winning run.

The Ghibellines mare did not let the interference stop her and she produced an excellent finish to score a narrow but impressive win in her first start for the Brian and Shane Anderton stable.

And now the daughter of group 3 Dunedin Gold Cup winner Milly Bijou, has a breeding record of one starter for one winner.

"Lachie McLachlan and his partners, who race Giveherago, decided they wanted to cut their numbers back a bit," White Robe Lodge studmaster Wayne Stewart said.

"They had a few horses around them."

"I had just sold Cairon a Raise The Flag out of the paddock."

"I was talking to him and said I have got a mare here in foal to Raise The Flag and he took her straight away."

Maher took over the ownership of Breathe Easy before she produced a Raise The Flag filly foal this spring.

The Victorian trainer immediately sent the Pentire mare back to Raise The Flag to be covered again.

It is not hard to see why Maher would be so keen to get more of Raise The Flag's progeny around him.

He has enjoyed a brilliant run of success with Ablaze (Raise The Flag-Alight-Personal Escort), who has banked a massive A$800,000 in prize money.

Maher also produced Etah James (Raise The Flag-Etah-Danasinga) to notch Raise The Flag's first group 1 win as a sire in the Sydney Cup.

Maher is not the only Australian trainer breeding to Raise The Flag following the sire's brilliant results across the Tasman.

Giveherago was not the only one of the White Robe Lodge racing team to put in creditable efforts over the past week.

Gallant Boy (Gallant Guru-Mega Babe-Personal Escort) put up a huge performance to only go down by half a length to Flying Sardine, who carried an incredible 9kgs more than him in the open 1400m sprint at Cromwell on Sunday.

Larippa showed she is closing in on another win with a good run for second in rating 65 company over 1400m the same day.