Ghibellines ticks up another winner 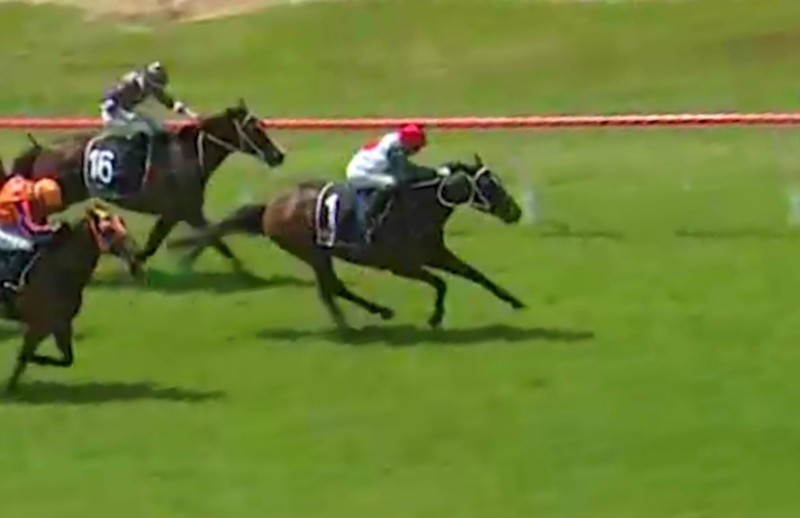 The Stephen Marsh trained four-year-old had been a consistent performer, running top-five placings in his six starts leading in to his 1215m victory.

After jumping well and putting himself in a handy position on the pace, Finn McCool (Ghibellines-Stage Flash-Lake Coniston) came off heels on the home turn and unwound strongly for his deserved victory for rider Samantha Collett.

Stage Flash has made a remarkable impact at White Robe Lodge after being purchased at the Gold Coast Magic Millions Broodmare Sale.

Stage Flash, now retired and deployed as a 'nanny' for younger stock at White Robe Lodge, is responsible for producing three generations of stakes winners.

Finn McCool came to the Marsh stable after being purchased by the The Robt Dawe Agency at the 2018 South Island Sale.

The talented type is not the only Ghibellines galloper to run a big race over the past week.

Romantic Trove (Ghibellines-Huhu Lass-King's Chapel) showed he has a big future in Hong Kong when running a good third over 1000m at Sha Tin.

That placing came in just his second run since arriving in Hong Kong.

Romantic Trove trialled impressively at Taupo last year before being sold to clients of trainer Chris So Wai-yin.

Dunedin Guineas winner El Gladiador (Ghibellines-Querella-Haafiz) showed he is also closing in on another win at Riccarton on Friday.

The four-year-old looks to be in for a big prep following his strong first up second placing behind Colorado Miss over 1400m.