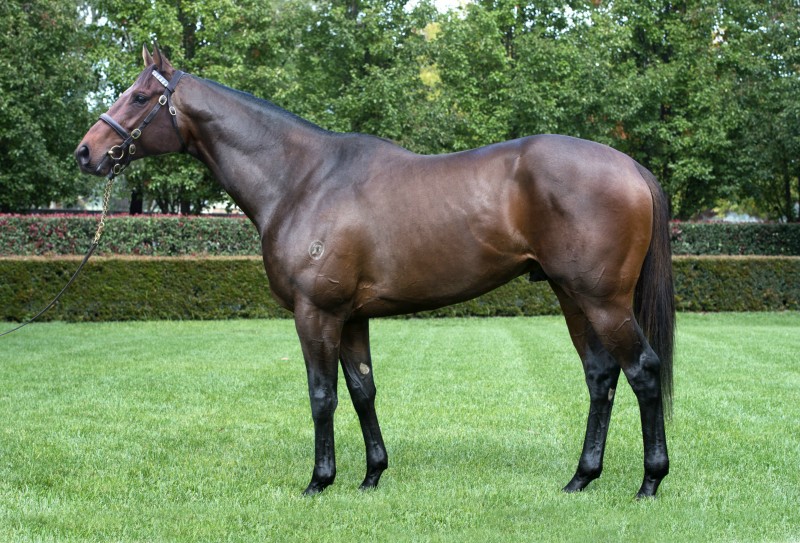 The beautifully bred son of Sharmadal and group 1 Elusive Quality mare, Camarilla, will stand his sixth season at stud in the 2020-21 breeding season.

Ghibellines has produced excellent results with the first two crops that have hit the track.

The stallion registered stakes success with El Gladiador in a highly interrupted past season that limited opportunities for his first crop of 3yr-olds.

Ghibellines adds speed to any breed and leaves correct and athletic horses that are both highly competitive and sought after at yearling sales.

Ghibellines' is by the late dual champion racehorse and leading sire Shamardal.

Sharmadal was a champion 2yr-old and outstanding 3yr-old, winning the French Guineas and Derby.

Shamardal has sired 28 group 1 winners all around the world.

Ghibellines' dam, the Group 1 winner Camarilla (Elusive Quality), has a faultless record at stud with all 4 of her foals to race being winners.

Ghibellines is a half brother to star filly Guelph, a four time Group 1 winner.

She won the ATC Sires Produce Stakes and the 1000 Guineas.

Camarilla is a 3/4 sister to Sepoy, champion 2 &3yr-old colt in Australia and Champion 3yr-old sprinter in the world.

Sepoy has gone on to be an outstanding success at stud.

On the racetrack, Ghibellines had just 8 lifetime starts which were all in Black Type company.

Previous winners of this race include Exceed and Excel, Luskin Star and Pierro to name a few.

Ghibellines was also placed at Group 2 and Listed level.

Few other sires have every stood for just $5000+gst and produced these results:

Ghibellines' has left classy racehorses that have been saluting at courses across Australasia.

Please note that both pages of the Service contract will need to be printed and the terms and conditions page initialled. No Service Contract will be accepted without the 2nd page being attached.