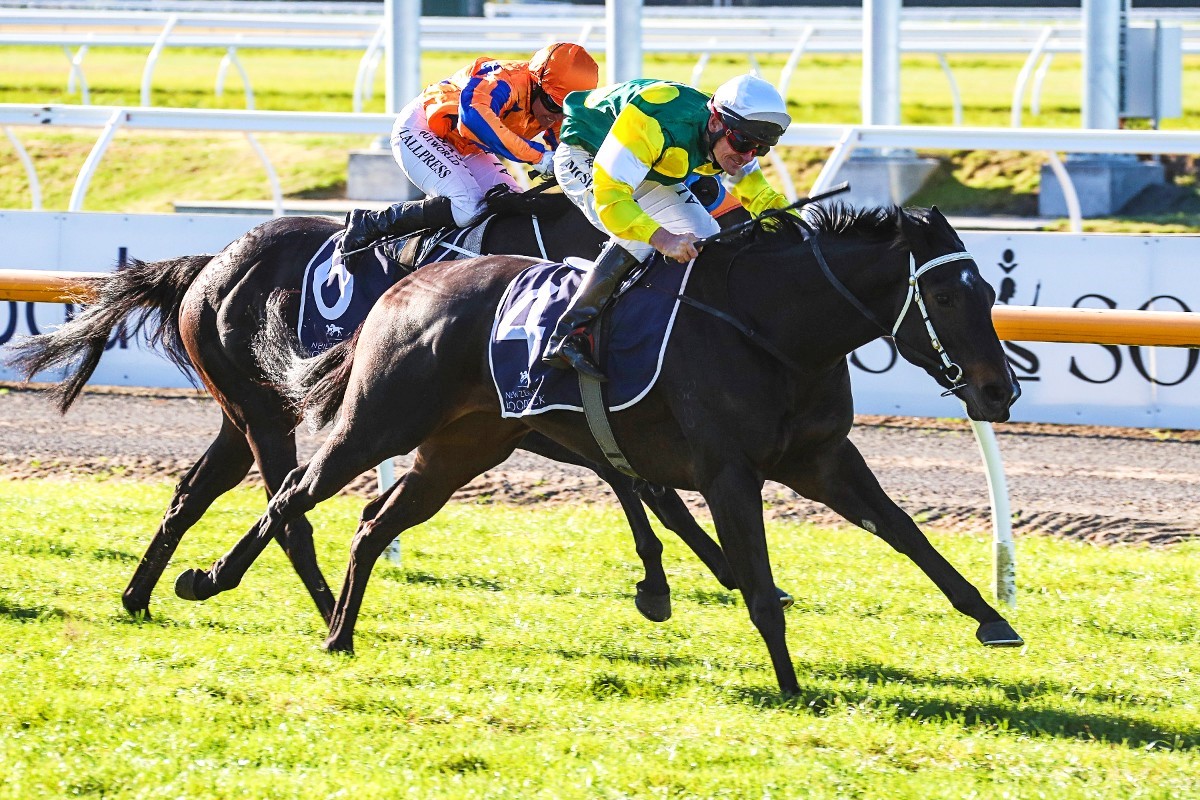 Burgie on the way to winning

As the racing season draws to an end, Ghibellines is approaching the completion of a remarkable 12 months.

The stallion’s stocks continue to rise and his progeny are set to round out their biggest season on the track as winter arrives and a new season of racing appears on the horizon.

With just a matter of weeks left in the current season, Ghibellines sits inside the top 10 on the New Zealand sires premiership table.

WRL Studmaster Wayne Stewarts has confirmed the stallion will stand at a fee of $8000+gst in the 2022-23 breeding season.

“He has really established himself now,” Wayne Stewart said.

“He is leaving horses that win at all ages and all distances now. He isn’t just a one-dimensional sire, he is a good all-round sire that leaves good fillies, colts and geldings.”

“We are renowned for breeding mainly stayers but they are obviously maturing a bit quicker and going on with it.”

“He has had five stakes winners this season in Australasia plus a further three stakes-placed.”

“They have been quite sought-after and have been selling for good money off the track and he has had seven winners from nine runners in Australia.”

The WRL bred Markus Aurelius (Ghibellines-Evancho-Shinzig) got Ghibellines’ season off to a brilliant start in the spring, clearing out to win the $230,000 Group Two Coupland’s Bakeries Mile (1600m) for trainer Jamie Richards and rider Opie Bosson.

Fourth at Group One level just two starts later, Markus Aurelius is on a one-way path towards New Zealand’s best races next season.

Markus Aurelius was born and bred at White Robe Lodge and sold to Te Akau Racing’s David Ellis at the 2018 South Island Sale for the bargain price of $13,000.

Amid the highly competitive Melbourne spring and summer racing period, Smokin Romans (Ghibellines-Inferno-Yamanin Vital) stamped himself as a classy stayer on the rise with his win in the Listed Pakenham Cup for trainers Cairon Maher and David Eustace.

Burgie (Ghibellines-Norah-Gallant Guru) produced excellent form through the summer and she and her sire were rewarded with another stakes win when the filly took out the Listed Warstep Stakes (2000m).

Brian and Lorraine Anderton bred and race the filly along with long-time supporters, the BJ’s Southern Syndicate.

It was left to Ghibellines’ outstanding daughter Live Drama (Ghibellines-Sheeza Drama-Pure Theatre) to wrap an outstanding season in feature races for her sire.

Bred and raised at White Robe Lodge, Live Drama was a bargain $8,500 purchase at the 2018 South Island Sale by her owners the No.8 Syndicate.

With the new season approaching, there looks to be no reason why Ghibellines can’t keep his winning roll continuing.

“With horses like Haggle, Exchange and Mayor Of Norwood to come back and Smokin Romans and Markus Aurelius with big races ahead of them it is going to be an exciting season ahead,” Stewart said.

To book your mare to Ghibellines this spring download the booking form at https://whiterobelodge.co.nz/stud/stallions/ghibellines/ or call Wayne Stewart on 0274 988 037.