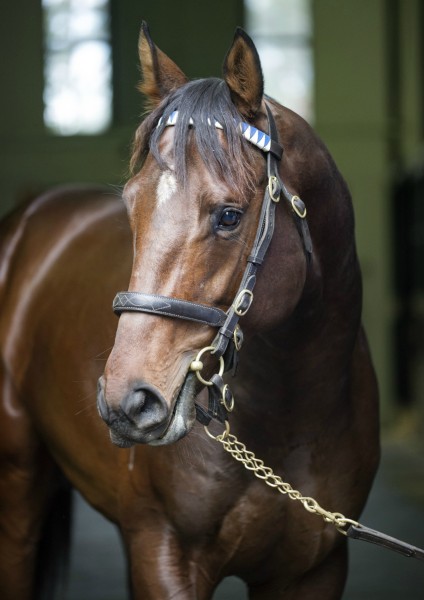 Exchange continued a brilliant run of form for White Robe Lodge sire Ghibellines with his win on Champions Day at Wingatui.

Ghibellines has been on the hottest of runs, producing five individual winners in the space of just ten days.

Zigallene (Ghibellines-Zigalong-Danzighill) then continued her brilliant form in Queensland next by notching the sixth win of her career in the Kingscliff Cup at Murwillumbah.

The smart filly looks on her way to competing in feature Oaks races after making it two wins in January with her 2100m win at Stoney Creek for trainer Kevin Corstens.

Markus Aurelius (Ghibellines-Evancho-Shinzig) resumed in the same fine style he ended his last campaign at the New Zealand Cup Carnival with a smart fresh up win for trainer Jamie Richards at Te Rapa.

Next, Exchange produced an outstanding effort when powering home to win over 1400m for rider Jacob Lowry after racing wide for an awkward draw at Wingatui.

The victory showed Exchange (Ghibellines-Swapping-Encosta De Lago) is ready to fulfil his potential trainers Brian and Shane Anderton have known the gelding has had.

After showing plenty of talent, the trainers have brought galloper along steadily to help him make the most of that potential.

“He wasn’t an overly big horse, but he has developed now,” Brian Anderton said.

“He has just taken time, he has always had tonnes of ability.”

“He just needed to mature mentally and physically and I think he is going to go on with it.”

“He has got a pretty good future.”

Bred by Brian and Lorraine Anderton, Exchange was sold to owners Ian and Sue Nichol and Ray and Allison Kean.

With his win the four-year-old continued the success the Andertons have had with the family of his dam, Swapping.

“He is a nice horse, I bought his mother Swapping in Australia,” Brian said.

“I bought her because she was a close relation to Stage Flash and it is a very fast family.”

“I also bought Sheeza Drama, the mother of Live Drama, out of the same family.”

“So I have had three mares out of that breed and they have all done a great job.”

Live Drama (Ghibellines-Sheeza Drama-Pure Theatre) has won her last two starts impressively and looks a huge chance of making it three in a row at Riccarton on Saturday.

She produced an excellent effort to charge into third over 1600m.