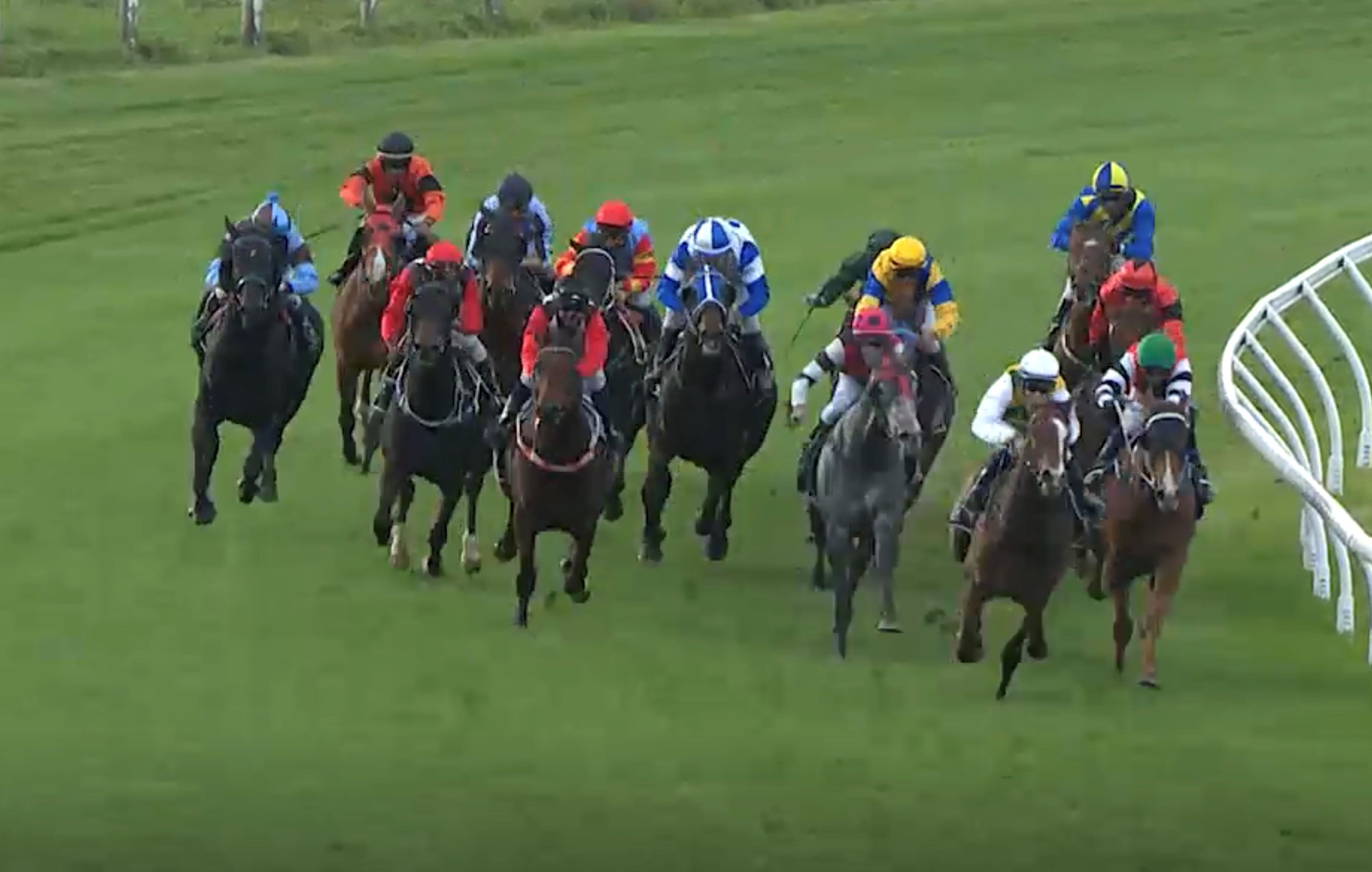 Trial and error led to success for White Robe Lodge galloper Blue Eyed Susie when she scored a deserved win at Ascot Park on Sunday.

Rider Courtney Barnes found an economical passage one off the rail to continue her standout season in the saddle and win aboard the five-year-old, who drew wide in barrier 10.

The win was number 26 this term for the Wingatui rider and that figure equalled the tally of her last three seasons in the saddle combined.

The four-year-old helped herself to her second career win by making one of the best starts among her recent races.

“She has been slow away in a lot of her starts lately, so last time we put blinkers on her to help her jump a bit better,” Brian Anderton said.

“It worked but she ended up pulling her block off, but she did pretty well to still run fourth.”

“We took the blinkers back off her today and she jumped really well, so we have got there in the end.”

Sunday’s win came in Blue Eyed Susie’s first start on heavy ground, which bodes well for her heading into a southern winter.

“Courtney said she got through the ground quite well so hopefully she will be able to pick up a bit more money over the winter,” Anderton said.

“Being by Tavistock we thought she might get over a bit more ground but 1600m looks as far as she wants to go at the moment.”

The Grand National and Great Northern Hurdle winner has not been seen on a racetrack since he pulled up with a suspensory ligament injury after a trial in Victoria in July of 2019.

Initially, the injury was feared to be career-ending but the now ten-year-old may prove that is not the case.

After having stem-cell therapy and going through several light preparations during his racetrack absence of more than 20 months, Jackfrost recently produced his first serious gallop for the Anderton stable.

At this very early stage, a return to the races looks like a possibility.

“We had his leg scanned and you wouldn’t even know he had an injury,” Anderton said.

“He has had four preparations since then, just doing light work first to build him up.”

“We want to do the right thing by the horse and at this stage, everything looks pretty good with him.”

Jackfrost’s return could not have come at a better time with jumps racing reinstated in the South Island after it was unable to be run last season due to COVID19.

The excellent form of White Robe Lodge’s stallions has continued following Easter with wins on both sides of the Tasman.

The next day Flying Agent (Raise The Flag-Nancy Wake-Personal Escort) showed he is on track for a big winter with a slick hurdle win at Hamilton.