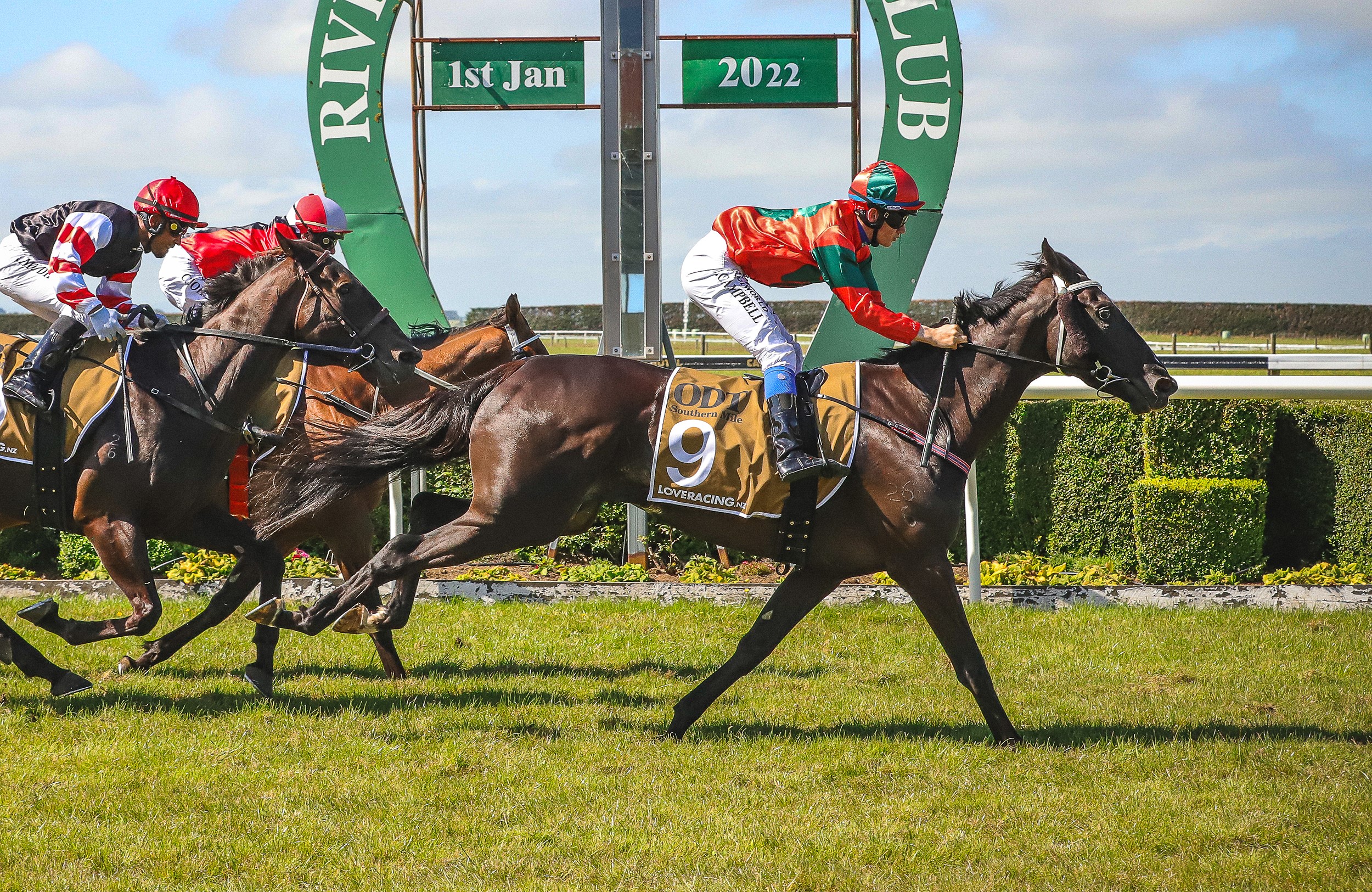 White Robe Lodge father and son Brian and Shane Anderton’s ultimate racing partnership reached an incredible milestone at Riverton on Saturday when the Phyllite notched their 1000th winner together.

It was a case of 29 seasons together, dozens upon dozens of feature race wins and an incredible family bond culminating in the rarest of racing achievements.

After all of their successes and his decades in the industry, the emotion of a special family moment wasn’t lost on Brian Anderton.

“It is very moving, it didn’t start yesterday.”

“Hec and I worked for Dad – father and two sons.”

“Then it carried on with Hec and Steve and Shane and I.”

“The whole thing brings back a lot of memories.”

1000 wins in New Zealand may not have become a reality had Shane Anderton not insisted on keeping their incredible association going.

Brian thought about stepping aside, but Shane wasn’t having any of it.

“I said to Shane a couple of years ago that I might drop out.”

“He said no, we have been together right the way through and we will keep it that way.”

“I helped him in the early years and these days he is helping me a bit now.”

“I am really thrilled with the decisions that Shane has been making.”

“I am there, I participate, I do the nominations and the riders and he is doing a great job of the training side of it.”

Brian and Shane have had family at their side as their highly successful partnership has developed.

Four Generations from Brian’s father Hec (snr) down to Brian’s children and grandchildren have all contributed to the running of White Robe Lodge with the majority of the 1000 winners being bred on the property by the family.

“The whole family has been very important,” Brian Anderton said.

“I couldn’t have done it without Lorraine’s (wife) support, she has been a huge part of our operation."

“Wayne and Karen (Stewart) do a wonderful job with the stud.”

“I am very lucky that it has been a family affair, they’ve all helped out along the way.”

When asked about the highlights among their 1000 wins, the always humble Brian Anderton didn’t point to his many group and listed wins with Shane.

Instead, it was the connection with their many owners that made their victories special.

“You have got to be thankful to all of the great owners we have had over the years.”

“And we have had a lot of great friendships racing those horses.”

“When you think back you think what a great game the racing game is.”

“It is a great leveller, you get beat and dad used to say when we get home put a record on and that’ll buck us up again.”

An outstanding run of success led to the completion of Brian and Shane Anderton’s 1000-win accomplishment.

Capo Dell Impero scored before Phyllite made it win 1000 on Saturday.

In typical White Robe Lodge style, all four of the Andertons’ holiday winners are by WRL stallions.

It is possible that the Andertons’ have completed a world first with their 1000 wins, though it might take some deep research by racing’s history buffs.

“I am not sure whether any father and son or father and daughter partnership have done it before,” Brian Anderton said.

“Tommy Smith and Gai Waterhouse might have, or Bart Cummings and his sons, I am not too sure.”

Brian Anderton reached 1000 wins in 2002, having trained 611 winners before forming a training partnership with Shane in the 1993-94 season.