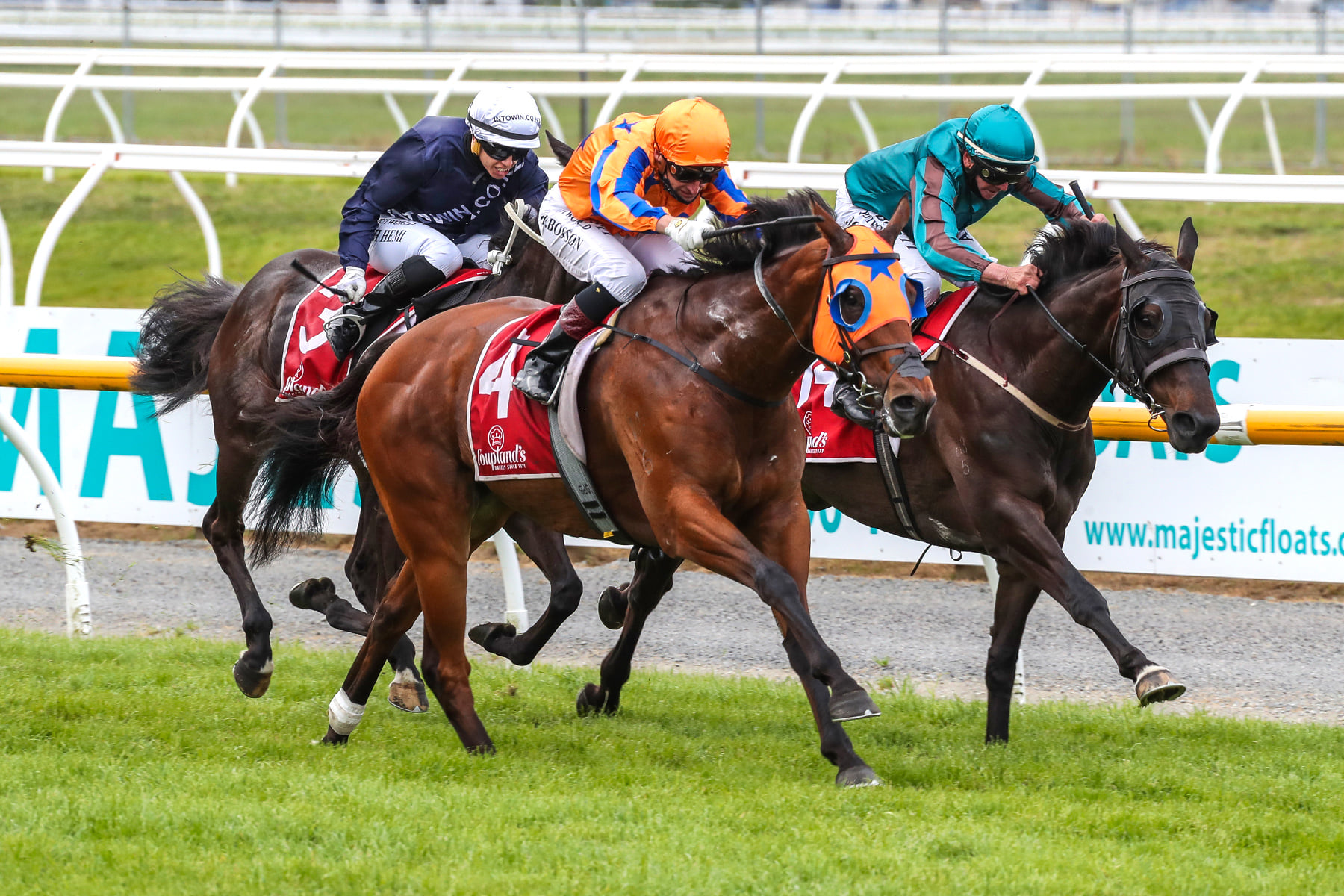 The victory continued a remarkable journey the five-year-old began at the 2018 South Island Sale when purchased from White Robe Lodge by Te Akau Racing's David Ellis for the bargain price of $13,000.

He didn’t let his army of supporters down when pulling out the biggest performance of his career to see his sire crowned a Group producing stallion.

Markus Aurelius sat without cover for much of the race, outside of the leader for rider Opie Bosson.

When Bosson asked him for an effort the horse’s class shone through.

“He just travelled beautifully for me throughout the race, we actually got a little bit of cover in behind the leader, which is what we were looking for,” Bosson said.

“I thought I was a sitting duck and I was a bit worried when the other ones came up beside me, but I just brought him out a little bit so he could see them and to his credit he just kept digging.”

Though the star miler left his home at White Robe Lodge some time ago, the team still revel in his success.

Everyone involved gets a kick out of seeing the son of Ghibellines do well, but none more so than Jack Stewart.

Another bargain purchase, the son of Ghibellines and Yamanin Vital mare Structure was bred by White Robe Lodge and sold among the same draft Markus Aurelius was offered at the South Island Sale in 2018.

Purchased by Lance and Kerri Spence and placed with trainer Lance Robinson, the five-year-old has won twice and placed on seven more occasions.

Live Drama is yet another bargain purchase from the White Robe Lodge Draft at the 2018 South Island Sales.

The daughter of Ghibellines, bred by Brian and Lorraine Anderton from Pure Theatre mare Sheeza Drama, was a $8500 purchase by the No. 8 Syndicate.