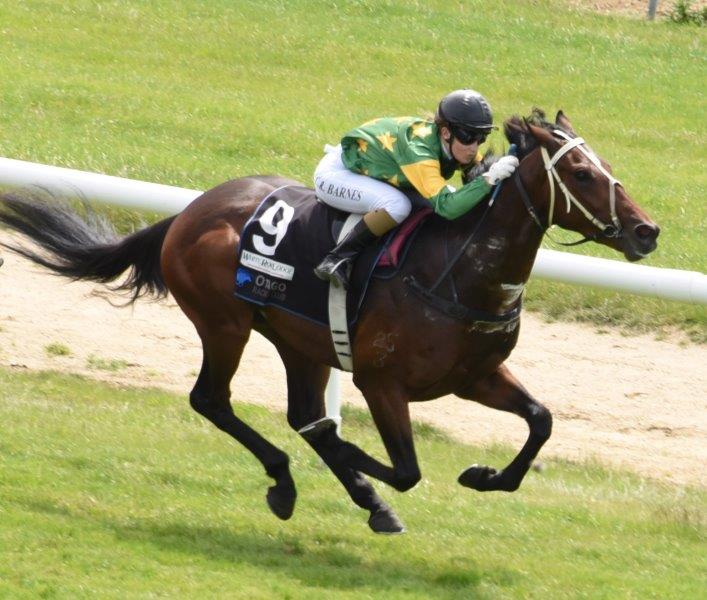 Raise You Ten racing in NZ

White Robe Lodge products Raise You Ten and Heberite helped their sire Raise The Flag strengthen his claim of being Australasia’s best value sire with wins in Victoria recently.

Few sires, if any, have produced the kind of outstanding returns Raise The Flag has for breeders and owners through the export and sale of going racehorses.

Raise You Ten continued his stellar career when he (Raise The Flag-Molly Malone-Towkay) powered to an impressive win at Ballarat, leading home a quinella for his sire.

The eight-year-old cleared out to win his 3250m assignment by a massive seven lengths, followed across the line by Periscope (Raise The Flag-Perceptible-Personal Escort).

In the next event at Ballarat, Heberite (Raise The Flag-Arurite-Rua Rukana) strode out to win over 3400m in just his second Australian start.

The result started off the new season in style for White Robe Lodge owners Ray and Alison Kean and Ian and Sue Nichol, who have retained shares in the galloper alongside clients of trainers Cairon Maher and David Eustace.

Raise You Ten and Heberite continued the phenomenal results the Maher-Eustace combination have produced with the stock of Raise The Flag.

Heberite and Raise You Ten brought up Raise The Flag’s 98th and 99th wins in Australia.

The stallion is about to hit three figures with just 37 starters who have won nearly A$6 million in prizemoney and five stakes race victories.

Many of Raise The Flag’s winners have been exported as going horses or sold privately by White Robe Lodge.

With those kinds of results and with a service fee of just $6000 the stallion has a huge claim to being Australasia’s best value sire.

Cairon Maher is clearly a fan of Raise The Flag  and he is keen to get more of his produce in his stable.

That’s why the star Australian trainer and his brother Declan have bred their own mares to the stallion, with the foals just a matter of weeks away from being born.

The Maher-Eustace trained Smokin Romans (Ghibellines-Inferno-Yamanin Vital) again showed he has a bright future as a stayer by running to his third consecutive win at Moonee Valley, late last month.

Bred by White Robe Lodge and sold at the Karaka Yearling Sales, Smokin Romans has won six of just 15 starts and banked A$256,015 in prize money.