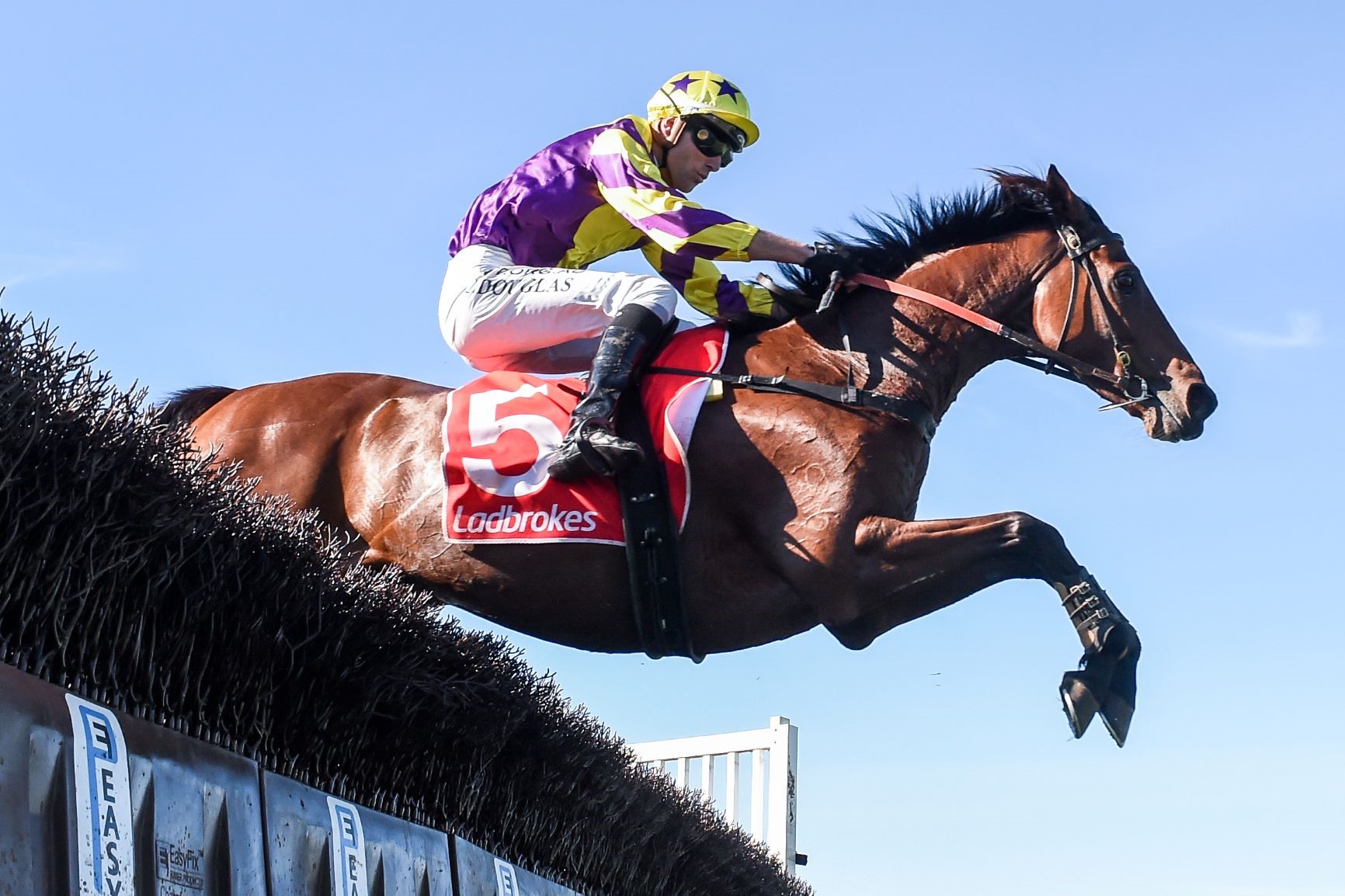 Riding High leaps towards victory in the Australian Hurdle at Sandown

The staying power of sire Raise The Flag was again on full display in when Riding High won the Australian Steeplechase at Sandown.

The seven-year-old notched the biggest win of his career with powering away from his rivals in a brilliant showing of stamina to take out the $125,000 feature for trainer Henry Dwyer and rider Clayton Douglas.

Douglas credited Riding High (Raise The Flag-Enzed- Anziyan) for his ability to produce a sharp turn of foot at the end of a testing 3900m feature.

“It’s pretty clear that he has a really good turn of foot for a jumper compared to other steeplechasers who are more dour and on top of the ground he can really use that turn of foot to his advantage.”

Riding High is not the only jumper developed at White Robe Lodge to win big this month.

The victory made it four wins in a row for Mezmerize who continued the wonderful association Connor and his family have with White Robe Lodge.

The trainer is now eying up a tilt at the McGregor Grant Steeplechase at Ellerslie as his 11-year-old’s next target.

“We will give him a crack at the McGregor Grant next as he likes it at Ellerslie,” Connors said.

“He has won his last two over the hill there, so it fits him well.”

The Amy McDonald trained justified his red hot favouritism when winning the Brierly Steeplechase during the recent Warnambool jumping carnival.

A rising star among the Australian jumping ranks, Flying Agent has now won eight races and banked more than $A250,000 in winnings.

The month of May has also been a brilliant one for White Robe Lodge stallion Ghibellines, who continues to add to his tally of winners.

The Lance Robinson trained four-year-old had produced excellent form and competed well in premier races before breaking through for rider Chris Johnson.

Zigallene (Ghibellines-Zigalong-Danzighill), bred by Dean Lawrence, Diana Duff-Staniland and Paul Duffus, notched yet another win in Australia this month.

The four-year-old has now won seven races and banked A$128,050 for Gold Coast trainer Harold Norman.